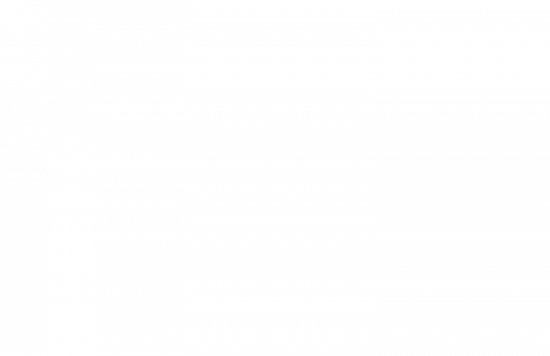 This article is dedicated to a dear friend of ours who has given us hope in her bravery living with Huntington Disease.

Huntington disease is a very serious condition; though it is genetic in nature, many people do not know they have until they are middle-aged.  It is a neurodegenerative disorder that can cause a person to have abnormal behavior, a decline in cognitive abilities, and involuntary movements.  The disease progresses to loss of function,  decreased independence, and will eventually result in the death of the person that has it.

Currently, there are no disease-modifying treatments that can be used for Huntington disease, and changes need to be made in this arena to help those that suffer from this condition as more progress is made on it.  This means researchers need to find more insights into the pathophysiologic actions of this disease and find more therapeutic remedies to help with this disease.

A healthy central nervous system needs lipids, which compose a tremendous amount of our brain and nerve tissues.  Researchers have found that Huntington disease disrupts the way that cholesterol is metabolized by the body.  This lipid dysregulation is caused by the mutant huntingtin protein, and this causes there to be a lower level of cholesterol in the brain.  Insulin resistance is also found with Huntington disease that ultimately causes a lower body mass index and weight loss.  This resistance to insulin can further stress cellular metabolism, which can lead to further disease progression.

Omega 3 fatty acids such as those found in fish oil, flax seed, chia seeds, and other foods have been studied to see what effect they can have on patients that suffer from Huntington’s disease, noting the integral role of lipids in proper neurologic health described above.  This research may help with treatment options for such a devastating genetic disease, and help to improve the future for those that have this disease in their family genetics.

Occurrence and Pathophysiology of Huntington’s Disease

This genetic disease has an onset that usually occurs when a person is considered middle-aged, and mostly will occur in people of Caucasian descent.  It occurs about 10 times per every 100,000 people.  The genetics for the disease are found less often in other populations, such as those of African and Japanese descent with only about 1 individuals per 200,000.  This disease runs a fairly uniform course with well-recognized, ultimately fatal symptoms.

There is one current pharmaceutical treatment for symptoms, namely the involuntary movements, called tetrabenazine that has been approved for use in the United States.  The leading cause of death in people with Huntington Disease is pneumonia, but cardiovascular disease and suicide are also risks.  Depression is common in patients with this disease. Researchers believe that the problems with lipid metabolism may result in the neurological disruptions, cardiovascular problems, and degeneration that this disease is known to cause.

The pathophysiology of Huntington’s disease is linked to a repeat of a cytosine-adenine-guanine trinucleotide on the fourth chromosome in the IT-15 gene.  As this is a genetic disease, those that inherit this gene will live a healthy life until middle-age before they start to deal with the emergence of this disease.  Genetic tests can be used as a screening to determine the amount of gene repeats, which often correlate with severity and onset of the disease.

Symptoms may start with mental, physical, and behavioral problems.  The clinical beginning stage of this disease will start with neuron dysfunction before there is atrophy and cell loss in the brain.  Patients with this disease are found to have a build up of cytoplasmic and huntingtin protein nuclear inclusions in the brain. It is thought that bioenergetic defects and mitochondrial dysfunction may further contribute to this disease.

Lipids are essential to life, as they make up not only the cell membranes of our brain cells, but all cells in the body.  Cholesterol, in particular, is critical for the growth of myelin membranes in our central nervous system, which work to insulate and help transmission of our nerves.  Cholesterol is also important for other cell membranes, playing a role in neurotransmission and synaptogenesis.  Cholesterol is also important for hormones and signal molecules.  Most of the cholesterol in the brain is found in the myelin sheaths that are created by oligodendrocytes.  Cholesterol has a hard time crossing the blood-brain barrier, so it most often occurs from local synthesis.

Huntington disease is not the only neurodegenerative disorder that sees an abnormality in the cholesterol levels in the brain.  Alzheimer disease and Niemann-Pick type C also have this decrease in lipids.  Researchers believe that this lipid metabolism problem may exacerbate symptoms of Huntington’s disease because of observations that have been made with lipid-related mRNA transcription of genes related to brain structure and function.

Coenzyme Q10, also known as ubiquinone, is a nutritional supplement that creates metabolites in the cholesterol pathways and is being investigated as a possible treatment for Huntington’s disease because of the reduction of cholesterol and its precursors. Researchers have found evidence that the composition of fatty acids can also be a factor in the fluidity of the membranes of a cell; this fluidity or flexibility of cells helps the cells to repair, communicate, and respond to inflammation, all of which are decreased in Huntington Disease.

Insulin resistance is frequently thought of with obesity and diabetes. is a state of being that is often associated with aging and being overweight.  It typically is seen as hyperglycemia and can cause problems with the metabolism of lipids, not to mention inflammation and cognitive and mood effects.  People with insulin resistance at an increased risk of diabetes, cardiovascular disease, and neoplasms of the colon and breast.  People with Huntington disease,  in spite of often having a low body mass index, often have insulin resistance and an increased risk of developing diabetes.

Researchers believe that insulin resistance may also be a cause of symptoms when it comes to Huntington disease.  There is a hypothesis that a metabolic stressor may interact with the underlying genetic issue.  This study found that people who had  cognitive impairment that involved the subcortical region, responsible for many of the deficits in Huntingon Disease, were more likely to have insulin resistance than those without the involvement of the subcortical region.

Hyperglycemia, abnormal metabolism of lipoprotein, and higher levels of fatty acids circulating freely are characteristics of insulin resistance.  Some fatty acids are found to have a beneficial effect on insulin resistance.  Studies have found that omega 3 fatty acids such as fish oil have a positive impact on the pathophysiology of neurodegenerative diseases.  An increase in the amount of DHA and EPA, two omega 3 fatty acids, can improve the behavioral and mental performance of the individual. These fatty acids may help with the dysfunction of the neurons through improving cell membrane stability, decreasing inflammatory signaling, and help to make the mitochondrial integrity more stable. Ethyl-EPA works to make membranes stable, helps to modulate the metabolism of mitochondria, and helps to stop apoptosis of the mitochondria.  It may also have benefits for the central nervous system’s cellular metabolism.

Omega 3 fatty acids help with inflammation, but may also be seen to have a positive effect on the function of cell transmission.  They can modulate the function of dopaminergic metabolism and create an increase in neurotransmission of serotonin.  Supplements of essential fatty acids are associated with improved motor functions in a murine model of Huntington disease, but one six-month clinical trial failed to improve motor performance.  As neurons are slow to regenerate and repair, the short duration of this study may have been a factor.

In Huntington Disease, it has been established that there are problems with the metabolism, synthesis, and incorporation of essential fatty acids.   As pharmaceutical treatment options are limited, omega 3 fatty acids are one possible therapeutic (though not curative) approach. EPA has been shown to be beneficial on triglycerides.  Huntington disease often has hypertriglyceridemia, which is one characteristic of insulin resistance, which is illustrated above to also correspond with this disease.  Omega 3 fatty acids have a benefit of reducing triglycerides, which is believed to happen in gene transcription.

Likewise, since cardiovascular disease is one of the leading causes of mortality in people with Huntington disease, omega 3 fatty acids may help reduce morbidity and mortality through their beneficial effects on the vascular system.  Studies have found that supplementing with these fatty acids will reduce the triglyceride concentrations.  Some studies have even found that there is a reduced risk for non-fatal and fatal coronary heart disease with EPA and DHA intake.

Huntington disease is often characterized by a pattern of insulin resistance and problematic secretion of insulin, and it can result in weight loss and hypercatabolism, as well as cognitive and neurologic effects.  Omega 3 fatty acids have a beneficial impact on the central nervous system and cardiovascular system, both of which may be affected through the course of this disease.  Though omega 3 fatty acids certainly are not curative, long-term use may lead to less inflammation and neurodegradation in the patients who carry these genes.