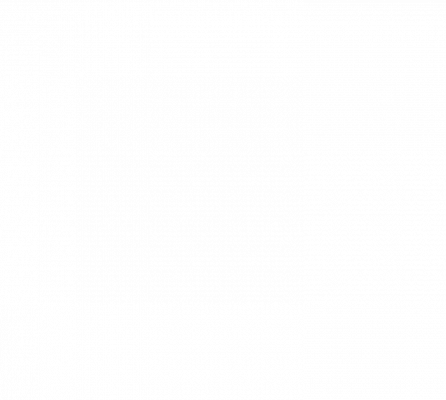 Note: This in-depth article is part of a Desta series on the gut microbiome.  We’ll soon update this with links to articles examining the gut’s relationship to brain health, depression, and multiple sclerosis.

For much of human history, people have been at war with bacteria by fighting diseases and trying to survive. However, inside each person there is a vast system of bacteria, archaea, viruses, and eukaryotic microbes that colonize the human body and share a symbiotic relationship with human cells. This system is known as the human microbiome. These living organisms inside each person have the power to greatly affect human physiology both in health and disease. Large collections of these microbiomes reside in the throat, on the skin, and in the gut.

Because of recent technological advances in culture-independent study, a growing amount of data has become available in the study of the gut microbiome. This recent data will be analyzed to examine the relationship between gut microbiomes and disease, brain health, depression, and multiple sclerosis or MS in articles on Destahealth.com.

The Structure and Performance of the Healthy Adult Microbiota

Recognizing the characterization of microbiota in a healthy human adults is the first step in understanding how the gut microbiome contributes to disease. A healthy human adult has more than 1000 species of bacteria living inside them. Compared to the microbiomes in other parts of the body, the gut microbiome is quite diverse. According to a recent study of 37 healthy American adults not on antibiotics, microbiomes were stable over one year with few variations out to five years. Calculations showed that these species might even be stable throughout an individual’s lifetime.

The gut microbiome is integral to healthy human digestion as well as nutrition. Microbiota can help the human digest nutrients that otherwise would be impossible to breakdown like the nutrient xyloglucans found in several common vegetables. Such an example shows how humans and microbiota share a symbiotic relationship that enhances both living systems. Another example is how microbes breakdown short-chain fatty acids (SCFA) which are a critical energy source for intestinal mucosa as well as play a vital role in modulating immune response.

The Immune System and the Gut Microbiome

Researchers might have found a connection in gut microbiota and heart disease. Because data has shown that microbial metabolism of dietary phosphatidylcholine transforms it into proatherosclerotic metabolite trimethylamine-N-oxide (TMAO), researchers have begun to dig deeper. A recent study analyzed healthy people challenged with dietary phosphatidylcholine had increased levels of TMAO plasma levels. A corresponding study showed that these plasma levels increased the risk of cardiovascular disease for people who had risk factors such as a positive family history. The same group also showed that human volunteers who ate a vegan diet instead of an omnivore diet did not have increased plasma TMAO levels after being challenged with dietary phosphatidylcholine and this was directly linked to specific fecal microbiota compositional states futher increasing interest in the gut microbiome’s connection to cardiovascular disease.

Although yet unproven scientifically, changes that alter the gut microbiome like changing diet or ingesting probiotics, have yielded encouraging, though unsteady, improvement to people with irritable bowel syndrome. For example, an Australian report which compared results of one group of participants ate a diet that restricted specific fermentable substrates while the other group ate a normal Australian diet. Both groups consisted of patients with IBS. In the report the group on the restricted diet experienced improved symptoms and changes in the gut micro biome.

One hypothesis for these reduced IBS symptoms is through a microbiome-gut-brain-axis, which connects changes in the gut to the reduced perception of symptoms in the central nervous system. To back up this information another study showed that the ingestion of probiotic-rich fermented milk changed brain activity when compared to the control group when exposed to emotional stimuli.

When critical changes to the gut microbiome occur, clostridium difficile infection (CDI) is a common human disease response that develops and is treated with microbiota-based therapies. When 11 studies across 273 persons examined how fecal microbiota transplant (FMT) therapy could prevent CDI, the results demonstrated 90% efficacy. After FMT, the recipient’s gut microbiome was characterized by more diversity and a corresponding increase in Firmicutes and Bacteroidetes, while researchers saw a decrease of Proteobacteria. Other studies verify that patients with CDI are better treated with microbiota-based therapies than antibiotics.

In one study to test the connection between IBD and the gut microbiome, 447 pediatric Crohn’s disease patients and 221 controls had the microbiome from multiple sites in their bodies characterized by a detailed sequence analysis. The results showed that microbial taxa associated with the disease were present in ileal and rectal samples but were absent from stool samples. Additionally Crohn’s disease patients had a lower diversity of their microbiota, increased abundance of certain microbiota and decreased populations of others. The results showed a strong correlation between the disease and the gut microbiome activity. Additionally it was found that antibiotic use enhances the dysbiosis associated with Crohn’s disease.

Another report characterized the microbiome from the ileum of pediatric patients with ileal Crohn’s disease (iCD), colonic Crohn’s disease (cCD), and ulcerative colitis plus a control group. After detailed analysis, the researchers discovered that a core Crohn’s disease was evident unrelated to levels of inflammation. Additionally, correlations between bacterial taxa, gene expression and clinical disease activity scores were determine after detailed analysis for Crohn’s disease patients regardless if ileal inflammation was present or not. With the information these studies have provided takes researchers one step closer to understanding the role of the gut microbiome in inflammatory bowel disease.

There seems to be a contrast between the role of the gut microbiota and CDI when compared to IBD. Whereas FMT therapy clearly restores the diversity of the microbiota for patients with CDI, early tests of FMT therapy on patients with inflammatory bowel disease have be inconclusive and a bit discouraging. In seems that the role of the gut microbiome in inflammatory bowel disease is more complex and more dependent on genetics and environmental factors thus making treatment more difficult and less straightforward. In order to help patients with IBD, a better understanding of the gut microbiome is needed. Therefore, further characterization of the microbiota populations and how it changes as IBD develops could be helpful in identifying a correlation between the two.

Because of technological advances and the rapid accumulation of knowledge about the human microbiome and the gut microbiome in particular, understanding the potential between the microbiota in the human body and diseases is an exciting and emerging field.

Now that large scale research initiatives have helped identify the characteristics of the healthy adult human microbiome, these results can be used to identify any relationships between gut microbiome changes and disease. Many correlations have already been discovered like the gut microbiome’s influence on cardiovascular disease, clostridium difficile infection, and inflammatory bowel disease while researchers speculate it influences irritable bowel syndrome as well.

As more studies are developed that analyze the human and microbiome interaction, more therapies that target the gut microbiome can be created in order to maintain sound health and treat diseases.

Check out our existing Desta articles and videos on Probiotics and Prebiotics.  We’re also hard at work on additional gut microbiome articles examining its relationship to brain health, depression, and multiple sclerosis (which will soon be linked to this article).