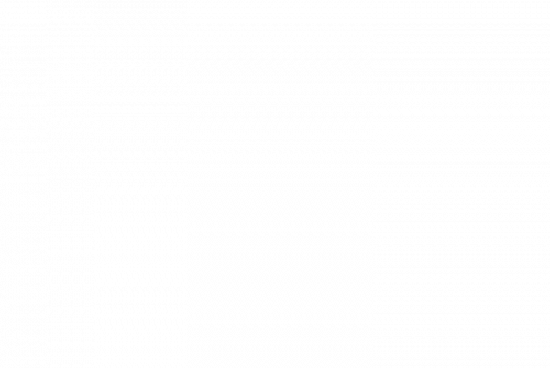 The Health Effects of the Forest
“When one tugs at a single thing in nature, he finds it attached to the rest of the world.”  -John Muir

People across the world are drawn to the forest.  Standing under tall trees, its hard to deny the ominous beauty. Many people find solace in spending time with nature as it represents a soothing, calming environment. Shinrin-Yoku Forest Therapy is known as the medicine of the forest and literally represents a form of healing that takes place in the forest. It presents numerous benefits and can easily be practiced at a forest near you.

Shinrin-Yoku literally means “taking in the forest” and is also referred to as “forest bathing.” First used in Japan in the 1980’s, Shinrin-Yoku has become a strong aspect of medicine and healing in Japanese culture.  It is understood to be a visit to the forest for the purposes of relaxation and recreation. The essential oils of trees, nature, and wood are breathed in during these trips. These essential oils, also called phytoncides, are organic compounds that are antimicrobial and supportive of health. The most common are a-pinene and limonene.

In addition to the immediate respiratory effects of fresh forest air, Shinrin-Yoku has been found to be beneficial psychologically. It leads to positive changes in the nervous system, often increasing the hormone serum adiponectin. Low levels of this hormone have been associated with chronic illnesses such as type 2 diabetes, obesity, heart disease, metabolic syndrome, and other illnesses.

The majority of research on Shinrin-Yoku has been completed in Japan. One of the more prominent studies evaluated the effects of Shinrin- Yoku practiced in over twenty Japanese forests. In each forest, 12 research participants were either subjected to a walk in a forest or a walk in an urban city area. Each experiment took place over two days; the subject would be first sent to either the forest or the city and then the following day would be sent to the opposite location. Various measures were evaluated both before and after the walk. The measures included an evaluation of blood pressure, heart rate, and salivary cortisol, a stress hormone. Evaluation of the results of this study found that the forest environments promoted lower blood pressure and heart rate readings as well as lower concentrations of cortisol. Further, the forest environment exposure led to more parasympathetic nerve activity and lowered sympathetic nerve activity. These results correspond with other relaxation or meditation studies and support the notion that Shinrin-Yoku is a positive health experience.

One study sought to identify the impact of Shinrin-Yoku on individuals who suffer from psychological disorders. This study found that individuals who spent time walking and observing the forest environment felt more comfortable and calmer when compared to those who spent time walking in and observing a city environment. Further, evaluation of brain activity on the same subjects revealed that participants schedule to visit the forest had significantly lower cerebral activity when compared to those scheduled to visit the city. Similar to the previous study, this study also found that salivary cortisol levels were lower in individuals who were scheduled to visit the forest. Interestingly, this study found that just the idea of going to the forest resulted in more calmness and lower levels of cortisol; both measurements taken before the actual Shinrin-Yoku was completed.

Another research study found exposure to the forest in the form of walking and observing to result in lower heart rate, lower diastolic blood pressure, lowering of the high frequency component of heart rate variability and a lowering in the low frequency component of heart rate variability. Subjects in this study felt calmer and more refreshed when visiting the forest environment when compared to those who visited the city. Additionally, measurements of the autonomic nervous activity revealed that subjects were physically more relaxed in the forest when compared to the city.

Shinrin-Yoku has been found to be particularly beneficial to those who have experienced chronic stress. One study found that the practice of Shinrin-Yoku resulted in significant reduction in the stress of individuals previously reporting chronic stress. Study participants reported fewer feelings of hostility and depression and greater feelings of wellbeing, friendliness, and liveliness.  This research suggests an implication for the use of Shinrin-Yoku in the treatment of psychological illnesses related to psychosocial stress.

Back to Our Roots

Before the urbanization of the world, humans as a culture lived among and depended on nature. It’s no surprise now that getting back to our roots, to nature, can bring about vast improvements in health. In today’s modern society, people continually seek new ways to improve their health and wellness. It is surprising how few of them consider nature as a key, low-cost method of doing this. Nature therapy takes us back to our roots, to the natural environment of the great outdoors, forcing us to take notice of what’s going on around us and to bask in the beauty of simplicity. Shinrin-Yoku presents a wonderful opportunity to get back to our natural roots.

Shinrin-Yoku in the US

Japan holds 44 accredited Shinrin Yoku forests for participants to gather and experience. The practice of Shinrin Yoku is increasing in popularity in the United States and further expansion is one of the goals of Shinrin-yoku.org. This organization has worked to educate the public about the benefits of these practices, making them aware of the healing powers of the forest. They further encourage the formation of Shinrin-yoku forest therapy walks in local areas and have promoted the development of training programs for Shinrin-Yoku forest therapy guides.

The forest represents a natural, healing environment. Many people struggle with the concept of Shinrin-Yoku due to the inherent, natural simplicity of the practice. Shinrin-Yoku, forest bathing, is essentially immersing your senses in the captivating sights, sounds, and smells of the forest. Taking the time to slow down, notice them, and allow your senses to appreciate them, is what Shinrin-Yoku is all about. The smell of dew in the morning, or pine wafting from the trees, the sounds of birds chirping while watching the sunlight streaming through the trees, all have the ability to slow the heart rate, calm the nerves, and create feelings of comfort, calm, and greater sense of wellbeing. When immersed in nature, many people report feeling more alive. Shinrin-Yoku can be practiced by simply sitting in the forest and watching the environment. Taking note of the activity, what the environment smells like and how the air feels in the lungs are simple ways to practice Shinrin-Yoku. A leisurely walk in the forest is another way to practice Shinrin-Yoku. The walk should be slow enough that the walker can really take the time to notice and appreciate the area around them.

People who practice Shinrin-Yoku can improve their physical and psychological health while taking the time to appreciate some of the most beautiful places on earth. Shinrin-Yoku is a simple, remarkable, and natural practice.

“When one tugs at a single thing in nature, he finds it attached to the rest of the world.”  -John Muir