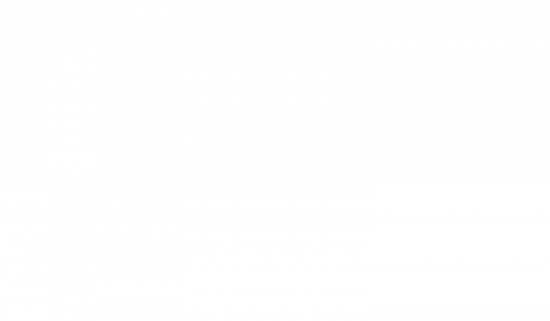 5-Hydroxytryptophan (5-HTP) is a dietary supplement that can be used to treat psychological issues such as mood, depression, and anxiety. 5-HTP is not found directly in the food we eat but is actually a byproduct of tryptophan, an amino acid present in certain foods. 5-HTP supplements are often created from the seeds of Griffonia simplicifolia (1), an African plant. Certain multivitamins may contain 5-HTP or the supplement can be purchased by itself.

5-HTP is created by the body from tryptophan, an amino acid found in many foods. Some foods that contain tryptophan include chicken, potatoes, turnips greens and pumpkin.(2) Tryptophan is converted into 5-HTP, which is considered a precursor to serotonin. It is well known that serotonin serves as a very important neurotransmitter and plays and important role not just in mood, anxiety, and sleep, but also in other systems. 5-HTP supplements may be  indicated to help raise levels of serotonin.

Conditions This Can Treat

There has been considerable research (3) that supports the use of 5-HTP as a treatment option for mild to moderate depression. Some studies have found 5-HTP to be as effective as certain antidepressant medications. 5-HTP works similarly to some antidepressant medications because it can increase the levels of serotonin in the brain. One specific study found that individuals treated with 5-HTP did just as well as those who were treated with Luvox (fluvoxamine), a selective serotonin reuptake inhibitor (SSRI) antidepressant. And, those treated with 5-HTP encountered less side effects than those treated with Luvox. The National Institute of Health (NIH) identifies 5-HTP as possibly effective in treating depression as the studies completed have been small, and larger studies are necessary to confirm.

One study (5) found that 5-HTP to be helpful in treating patients with insomnia. Patients who took the supplement were found to have improvements in sleep initiation and maintenance compared to placebo. There is not a significant body of research to support this one study’s findings, but it is helpful to know that 5-HTP may have potential as a sleep aid.

The use of 5-HTP as a source to help patients lose weight is under investigation.  Some studies (6) that suggest that 5-HTP can lead people to feel full after eating, which results in them eating less. The doses in patients who lost weight were very high and often accompanied by nausea so it is unclear whether the 5-HTP or side effects were responsible for the weight loss.

There is insufficient evidence to support these claims but early research suggests (1) that 5-HTP may be useful in treating the following illnesses; alcoholism, Alzheimer’s, anxiety, Down syndrome, menopausal symptoms, premenstrual syndrome and ADHD.

Dosing for 5-HTP is dependent on various factors including a patient’s age and illness. Trial studies (1) in the treatment of depression found that doses of 50-300mg daily for 2-4 weeks improved depression.  Due to the direct effect on neurotransmitter precursors and drug-drug and drug-supplement interactions, it is best to pursue dosing with a qualified practitioner.

Individuals should be cautious when choosing a 5-HTP supplement. The use of the supplement has been associated with the development of a condition referred to as eosinophilic myalgia syndrome that can be potentially fatal. It is believed that those who developed this illness had been exposed to a contaminated batch of 5-HTP supplements. There have been 10 cases of EMS in patients taking 5-HTP.

Individuals taking most classes of antidepressants, Tramadol, Dextromethorphan, Demerol, or Triptans (such as in treatment of migraines) should NOT take 5-HTP while taking these medications. Doing so can cause serotonin syndrome which can be life-threatening. Individuals taking Carbidopa should not take 5-HTP as the combination can cause skin problems.

Like other medications that affect serotonin, the most common side effects are related to the gastrointestinal tract (where most of our serotonin is found); nausea, heartburn, gas, and fullness. Serotonin syndrome could be a side effect in individuals taking high doses.

There is research to support the use of 5-HTP as a possible treatment option in patients with depression and fibromyalgia. This supplement may also be indicated in the treatment of many other illness that are affected by serotonin. If you believe this supplement could be helpful to you, talk to your health care provider.